ALL ABOUT THE AWARD 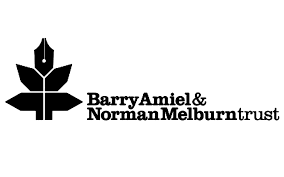 We are grateful for funding from the Barry Amiel and Normal Melburn Trust.

The Alliance of Radical Booksellers (ARB)

Founded in 2010, the Alliance of Radical Booksellers is a supportive community for the UK’s radical booksellers. Among the ARB’s activities are two book prizes: the Little Rebels Children’s Book Award, and the Bread and Roses Award for Radical Publishing.

The ARB also stages the annual London Radical Bookfair, an event which showcases the depth and breadth of radical publishing and bookselling in the UK.

Now in its 8th year, the Little Rebels Award is designed to recognise the rich tradition of radical publishing for children in the UK. Currently the award  is restricted to fiction targeted at children aged 0-12.

Previous winners of the prize include: Catherine Johnson for Freedom; Zanib Mian for The Muslims; Andrea Beaty and David Roberts for Ada Twist, Scientist; Alexis Deacon and Vivian Schwarz for Henry Finch; Gill Lewis for Scarlet Ibis; Gillian Cross for After Tomorrow; Sarah Garland for Azzi in Between.

Letterbox Library is a 33-year-old, not-for-profit, children’s booksellers and social enterprise. They specialise in children’s books which celebrate diversity, equality and inclusion and were singled out for praise for their work by Malorie Blackman on her appointment as Children’s Laureate for 2013-2015. They were also one of the 19 UK Astrid Lindgren Memorial Award nominees for 2015. For more information about Letterbox Library, go to www.letterboxlibrary.com.

One of London’s longest surviving and last remaining radical bookshops, Housmans is a founder member of the Alliance of Radical Booksellers, and stocks a wide range of radical books and magazines, including children’s and young adult books. They were awarded the London Independent Bookshop of the Year award in 2016 at the British Book Industry Awards. For more information, visit www.housmans.com.

#Repost Posted @withregram • @rapclassroom
CONGRATULATIONS to A.M.Dassu, whose novel BOY, EVERYWHERE has been crowned the winner of the Little Rebels Award 2021!
Ahead of tonight’s ceremony here’s some more of our judges’ thoughts on the 2021 shortlisted books 😍😍
One! day! more! ⚡️⚡️
%d bloggers like this: