The Little Rebels Have Come Out!

We are delighted to bring you the 2014 shortlist for the Little Rebels Award (for titles published in 2013). The winner will be announced at the London Radical Bookfair on May 10th 2014. Any of the shortlisted books can be bought from the not-for-profit, indie bookseller Letterbox Library. This award is run voluntarily and unfunded by Letterbox Library on behalf of the Alliance of Radical Booksellers. To keep this award (and the adult Bread & Roses Award alive), we do ask you to buy from Letterbox Library or from other members of the Alliance of Radical Booksellers wherever possible.

And now for the shortlist: 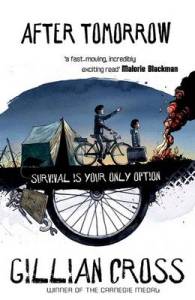 A dystopian novel set in the UK. The 5 major banks have crashed, money is worthless, law & order are fragile and food is a precious commodity. The options are to go hungry, store food and risk being raided or flee the country. Matt and his family are forced to take that final option and make the dangerous escape to a refugee camp in France. Ages 9-12 Buy your copy here. 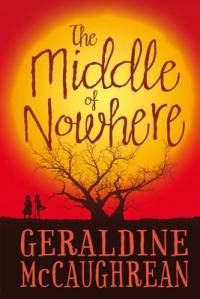 The Middle of Nowhere by Geraldine McCaughrean
(Usborne, 2013)

When her mother dies from a snake bite, Comity and her dad are left to fend for themselves in the middle of nowhere- the Australian   outback in the 19th century. As her father loses himself in grief, Comity turns to Fred, a young Aboriginal boy and builds a friendship with him which fires the prejudices and violence of the white ‘settlers’. NB: the author has described Comity’s name as meaning “harmony and understanding between nations”. Ages 9-12 Buy your copy here. 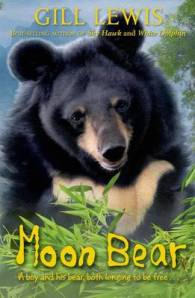 12-year-old Tam is forced to leave his forest community in Laos to work for a bear farm in the city. A story about the cruel trade in bear bile, the narrative also explores conservation, urbanisation and dislocated communities, child labour and exploitation, landmines and corrupting consumerism. Ages 9-12 Buy your copy here. Buy your copy here.

The Promise by Nicola Davies; ill. by Laura Carlin
(Walker, 2013)

A street thief in a “mean and hard and ugly city” nearly snatches a woman’s handbag…the woman tells the child she can have the bag if she makes a promise in return. It’s a promise she keeps and its consequences bring about her own and her environment’s transformation. A picture book which explores our relationship with nature and offers a vision of a new harmony. Ages 5-8 Buy your copy here.

A slice of historical fiction detailing the remarkable life of Harriet Tubman: her enslavement, her fight for freedom and then her immeasurable bravery freeing others through the Underground Railroad, as a nurse during the civil war and as a suffragette. Ages 10-12 Buy your copy here. 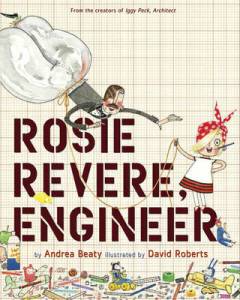 “This is the story of Rosie Revere, who dreamed of becoming a great engineer”. A gender-role-busting picture book about an inventive girl and an inspirational aunt who shows her that failure isn’t to be feared. Inspired by the fictional World War II character, Rosie the Riveter, a symbol of women’s work during the war. (US author; UK illustrator). Ages 4-7 Buy your copy here. 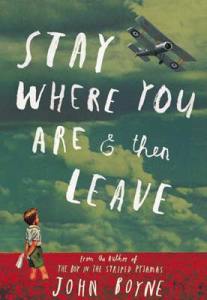 Stay Where You Are and Then Leave by John Boyne
(Doubleday, Random House UK, 2013)

There is nothing in the world Alfie wanted more than to ride the milk float with his Dad… but everything changes the day World War I begins and his beloved Dad enlists as a soldier. Divided families and communities, poverty, attitudes towards mental health and the treatment of conscientious objectors are all explored here. Ages 9-12 Buy your copy here.

6 responses to “The Little Rebels Have Come Out!”